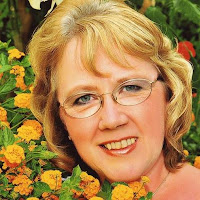 
Carol only joined Lothian Fishkeepers 1 month ago but has fast become one of the most active members we have. Carol was the lucky winner of the Leddy full set up aquarium which was donated by Phil at East Lothian Fishkeepers for our Tabletop Sale and was rather excited and terrified at the same time.

I asked Carol if she would like to share her hobby with us and even while out on photography trips to Dunfermline Glen, she still found the time to answer some questions.


How long have you been in the hobby?

Describe your set up

What fish do you keep?


What would you love to keep?

What is your biggest achievement?
Any disaster stories?
Whats your favourite thing about fish keeping?


Thanks for letting us into your world for a while Carol. Hope to see many more photos in our group soon.

Hope you enjoyed reading our latest MyTankMonday contact: lothianfishkeeper@gmail.com to be next weeks feature.

Popular posts from this blog

For most of us money dictates which direction our hobby goes. Wether its opting for a lesser adventurous fish or a smaller aquarium, Money always has the final say. If we could visit our local store and take whatever we wanted, our homes would be filled with shiny new aquariums running of the biggest external filters you could imagine.

When I first started fish keeping, everything I was able to get my hands on was preowned. Aquariums should always be passed on when your done with them, I think anyway! I was young when I started and with a lack of free cash, the chance of a new (to me, anyways) filter was always welcomed.

Its great to be able to buy the best but sometimes your fish keeping funds just don't allow that and we have to look for cheaper alternatives.

There is a few brands out there that are working hard to offer products that can compete on functionality and quality while trying to keep the price tags realistic. One of those brands is 'Betta'

Compatibility
In the aquarium they should be kept in groups of five or more. This will allow the species to develop a pecking order and prevent other smaller fish being targeted. If kept in a smaller group, the smallest fish could become a continuous target for the more dominant fish and if kept individually, they would eventually become aggressive to any similar looking fish in the aquarium. With this in min…
Post a comment
Read more

Lighting is a key factor in a successful planted tank. Some plants require a lot and some prefer less. knowing your plants needs is just as important as knowing your fish needs and having the right lights for your aquarium is a must. It is also important to consider the amount of time you have your lights switched on for too. This is called the "photo period" and the general advised length of time is a maximum of 9 hours.

For years, the best way to achieve a regular automatic lighting routine was to employ the services of a socket timer. These nippy little buggers consisted of a dial in which you would pick out the relevant time slots for whatever time you wanted the socket to power on for. Ive personally used these for CO2 setups and they do what they are supposed to do. I personally didn't like the extra space they took up, but maybe that was just the style I had.