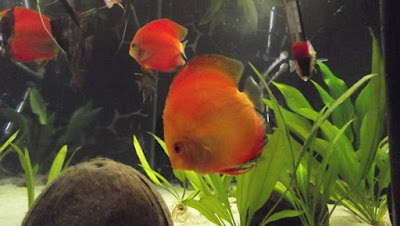 Since starting the blog, Ive been running a features on members tanks. One of the questions I've been asking is why did you get into fishkeeping? Almost all of you have said the reason you like fish is because you grew up with either your mum or dad having fishtanks. 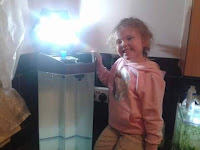 Being a parent now myself, I try to get the kids involved when ever I can but our Facebook member Barry Gibb is the perfect example of a Father & Daughter partnership. Ive been chatting to Barry about how He shares his fishtanks with his daughter Chloe who turns 5 in March. 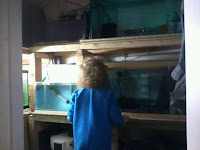 First of all Barry, how long have you been in the hobby and what got you into fishkeeping?

Ive kept my own tanks now for 16years, the inspiration came from the big tank in the family home and my big brother also kept a large goldfish aquarium in his bedroom where all our priced Goldy's from the years of gala days went to live. The first thing I did when the wife and I got our first house was buy a aquarium. 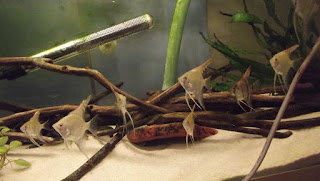 How many tanks do you have and what fish do you currently have?
I'm down to a modest 5 aquariums but when I was in full swing(no kids) I had 18 tanks set up under my stairs in our cottage.
My current fish are; 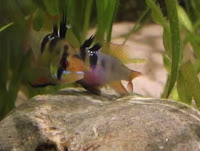 Are you breeding any fish just now? If so what and do you have any pointers for other fishkeepers?
Not really breeding at the moment. I've built up my WC Corydoras Sterbai to 13 so potentially they will breed. I also took eight of New Concept Aquatics discus to grow on and hopefully pair up. I intend on getting back to the full time breeding. My set up will be done for spring. Finding time to build it is my problem. A Couple years back I was breeding eight pairs of Angelfish, three pairs of Discus and pairs of German blue rams.

If you could have a go at breeding any fish, what would it be?
Its got to be freshwater stingrays. I'v seen my self drifting towards the videos on YouTube recently, There seems to be a great sence of achievement when you succeed.  If the rays didn't work out, there is always Discus. They are also a hard fish to please. So when you get it right you get a great feeling out that as well.

What would you consider your biggest success with breeding fish?
Its got to be seeing my fish a couple years down the line in your local fish shop as adults. There is something very encouraging seeing a tank full of your fish being sold onto other fishkeepers. It really give you a boost. 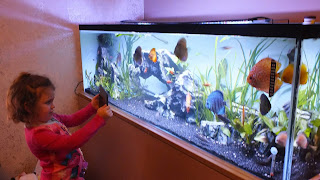 I know your daughter is a keen fishkeeper now too, can you tell us a little about how that came about? 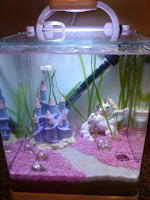 She was almost three when Santa delivered her with her first nano tank. At the that age I had no intentions to force the hobby on her, it was simple a night light in her room. She has always been pretty clever (thanks to her mum) At the age of three she was telling yes the names of the fish in my tanks. She officially asked for her own aquarium when she turned four.  Her words were "I think am ready for the responsibility"  She then claimed a 3ft tank from my cupboard for her fry which ended up turning into a Teenage mutant hero turtle tank. This is what leads me into your next question.

How does your wife feel about another fishkeeper in the house? Does that mean even more tanks popping up now? 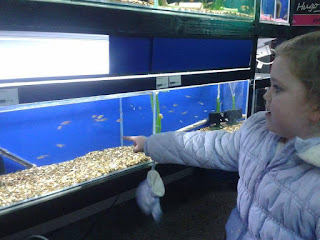 I am slowly losing my tanks to the little one, who already claims most of my fish belong to her. If I dare pick out some plants from her tanks or think of changing anything, full permissions needed or the little princess comes out of Her. She's recently moved Blu the Betta up to her bedroom as she would like some shrimps. What is amazing is that she's clearly learning and getting to know what she really wants. The pleasure she gets out of her tanks is clear to see. Growing out her plants and fry and now shrimps, I  couldn't ask for anymore.

Will your Daughter be having a go at breeding fish anytime soon?
Also an important part of involving the kids, liveberers. How cool it is for them to see their very own baby fish. "Mummy and Daddy fish have a family of there own now just like us'' is what she said. We sold aload of swordtail for £1 each and that £30 bought her the betta tank, the morals of money playing its part again. She breed the swordtails so its only fair she got the cash. We have made a diy egg tumbler and we plan on collecting her Albino Corydoras eggs in the very near future. We also have her shrimp tank to look forward to soon. To be asked daily have you got my nano heater yet shows me she is keen to be evolved in the hobby. If Chloe came to me and said she was bored of it all, then I would take it all away.There certainly would be no pressure from me to continue. As much as I would like my tanks back, while she is showing interest, they belong to her.

You must have had your fair share of water spills while she does her maintenance?
Don't go there she's a water baby or so she keeps telling me. That's why she likes splashing in puddles. Water changes are fairly easy for her, the air line she uses go's straight into a tall bucket or in the sink in the kitchens betta tank. She not spilled anything yet, but I like to over flow the occasionally tank,how else do you wash the out side of the glass?

Patience must be needed when teaching kids about fishkeeping surely? What would you advise someone thats wanting to involve their kids too?
Every little face in the family's been pressed against the glass. There certainly is an attraction that draws there little minds to the tanks. Wether its the lights, the colour or the fact that there's a real life fish swimming around the tank. The animation movies definitely help. Finding memo, finding Dory and infant, Chloes apple snail was on the back of the movie Turbo.


"Tell your child about filtration and how the tiny bacteria eats fish poop! Ooooohhh, thats just what they want to hear"

I think its safe to say that Barry and Chloe make the perfect Father and Daughter team when it comes to fishkeeping. What a great way to introduce this wonderful hobby to the next generation.

Id like to thank Barry for taking the time to answer these questions and I wish both Barry and Chloe the best of luck with there shrimp tank and Corydoras.

I hope you all enjoyed reading this as much as I did. 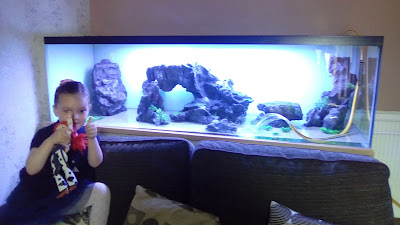