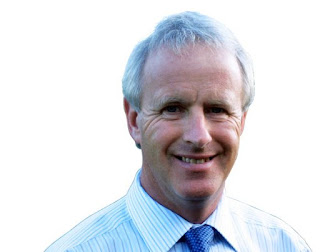 Ive been talking a lot about the FishScience foods recently so I thought it was about time I shared a little about the man behind FishScience. Dr David Pool is a familiar face in aquatic shops up and down the country and has been working very hard to establish FishScience as a fishkeepers favourite. I recently asked Dave some questions to find out a little more about the story of FishScience and how it came about.


First if all, can you introduce yourself?
My name is David Pool.  I have been a fish keeper for almost 50 years (I started at a young age!!!) and have been fortunate enough to make my hobby into a career.  I obtained a degree in Zoology at the University of Liverpool, with fish and aquatic biology as a major part of the study.  I then did a PhD in fish health - more specifically ‘The biology of the Pseudophylidean Cestode Bothriocephalus acheilognathi’.  This was a tapeworm that affected carp and koi that originated in Japan but has spread around the world.

I worked for Tetra for around 25 years, originally answering consumer queries about fish and fish keeping; doing talks to aquatic societies as well as promoting fish keeping on tv and radio.  I then spent some time in marketing, sales and global marketing before managing the UK and South African businesses.

During my time at Tetra and more recently with FishScience I have had the opportunity to be on the board of directors of the Ornamental Aquatic Trade Association, to promote, support and protect the aquatic trade in the UK.  I have also been closely involved with the formation and running of the AQUA trade shows having been the Chairman since it’s inception in 2011.

I started FishScience 4 years ago with the exiting challenge of trying to establish a new fish food in the UK and global aquatic market.

Being in the industry for over 30 years, your experience has not only provided us with several books and articles over the years, its has created a fish food that is taking the county by storm. you must be proud?
I’m very proud of where FishScience is and what we have achieved with the food in a little over 4 years.  It has been hard work at times, but also very enjoyable

Insect meal? What was your reason for using this as a base for your product?
The idea of using Insect Meal came from a chance conversation with an old contact and was a bit of a ‘light bulb’ moment.  Most of the fish we keep are not fish eaters and yet most of the foods we use are based on fish meal.  Insect meal provided a way of putting this right and using an ingredient that these fish would normally eat.  The trials on the food have been better than I could have hoped for with great food conversion ratios, low waste and, importantly, the fish really liked it  If you add the fact that insect meal is environmentally friendly and sustainable it was almost a perfect ingredient.

In parallel, insect meal is also making the headlines as a food for the future, not just for fish but also as a key food source for humans.  The claims are that everyone will be eating insects within 20 years.

Sustainability is something we hear a lot about on TV. To know that using FishScience is helping maintain fish populations and reducing the waste levels being retuned to our waterways is kind of cool. Do you think other pet foods like dog food should make the change?
Some fish foods on the market use fish meal that is sourced ethically, others take fish meal that comes from wild populations of marine fish.  It is very often trash fish which is made up from juvenile specimens and fish that aren’t being fished for at that time.  The insect meal used in our foods is made from Black soldier fly larvae that are cultured on waste fruit and vegetables along with brewery waste.  The company rearing the insects are producing protein from materials which would normally go to waste.  There are opportunities for a lot more foods to take advantage of this sustainable source of protein.  I don’t know enough about dog or cat nutrition to say whether the amino acids in insect protein meet their dietary requirements, but am sure it will be suitable for aquaculture, some bird feeds and maybe small animal feeds.

On your website, you mention your university days. More specifically, your interests in fish Disease. apart from applying this knowledge to FishScience, you often visit aquarist societies and give talks on this subject. Why is this important to you?
I have been a fish keeper for a long time and the opportunity to study fish and fish health at University was one that I really enjoyed.  However I realised that there was a gap between the scientific research into fish and fish diseases vs the more practical knowledge and expertise that fish keepers acquire.  If possible I would like to pull the two together and get the science to explain the observations that fish keepers have.  I enjoy helping fish keepers to understand a little more about their fish and what makes them healthy ……… and unhealthy!

having personal relationships with fishkeepers up and down the country really sets you apart from all the other brands of fish foods. You often approach clubs and online groups to get honest feedback from fishkeepers themselves. why go to these lengths for feedback and not just approach shop owners to ask how its selling ?
Throughout my time at Tetra and more recently FishScience I have made some great friends and contacts in the fish keeping world.  They have an immense knowledge of the fish they keep and what those fish require.  It is really useful to be able to use this in trying to develop the FishScience products.  Getting real life fish keepers to trial the foods and give me their honest feedback is invaluable.  Everyone keeps their fish slightly differently and having comments from people who slightly overfeed or overstock their aquaria is as important as the feedback from people with bare tanks and only a few fish.  It all helps to improve the foods.

I also ask shop owners for their feedback.  Every food in the FishScience range has been trialed by at least 50 fish keepers or shops before it is launched for general sale.  I try to get people who keep the fish that the food is intended for.  The Corydoras food, for example was tripled by Ian Fuller and his colleagues at Corydoras World.  Ian’s feedback on the initial foods allowed us amend things and produce the food that is available today - and which is being used by cory keepers around the world.

Being in constant contact with the people that use your foods definitely an advantage?
Very much so.  They influence the foods both in the current FishScience range and the new products we are considering for the future.

So FishScience is a true fishkeepers food then?
I would like to think it is.  It doesn’t compromise on the ingredients used to ensure it is as good as possible.  I believe most fish keepers want the food that is best for their fish and that is what FishScience is aiming to provide.

My personal favourite food to use is the insect meal based granules. all my fish go crazy for them. do you have a favourite to use at home?
I particularly like the Fish Treats.  The idea of treating your fish and attracting them to the front of the aquarium where you can see them appeals.  We have received some fantastic images of fish crowding round the foods which is great to see.

With a range of foods covering reptiles, pond fish, goldfish and freshwater fish, whats next for FishScience?


There are still some improvements we can make to the existing foods.  This is based on my observations, but also the feedback and comments from fish keepers who have used the foods.  I am working on some marine foods using natural ingredients such as shrimp, krill and marine algae.  The first food, a Marine Krill Food, is being trialed by fish keepers at the moment and should be available in October 2017.  In addition we are missing some foods for the larger, more predatory species such as oscars, rays ad arrowana.

Thanks Dave,  for taking time to answer these questions. FishScience is warming the hearts of fishkeepers up and down the country and knowing who is behind these great foods is a real bonus. Already enjoying most of the FishScience foods just now, I can't wait to try out the new ones when they hit the shelves.

If you like FishScience, visit their Facebook page and like/follow them for cool facts and updates on new foods. Dave is also available to give talks to societies when he is not our visiting fish shops. To find out how to invite him to your club, message FishScience direct here

Thanks for reading guys